Noir City XIII: #5: Caught In a Crime Of Passion, Clashing By Night


The best thing about returning to Noir City is seeing familiar faces on screen and in the audience. Each year, I run into people I've seen countless years before, fans as rabidly in love with film noir as I am. All of these folks always recognize me by my hat. This would give me a complex if I weren't already resigned to the fact that the hat I've worn for four of the past seven Noir Cities has become my trademark. I'll be buried in that hat for sure. Just hopefully not tonight. 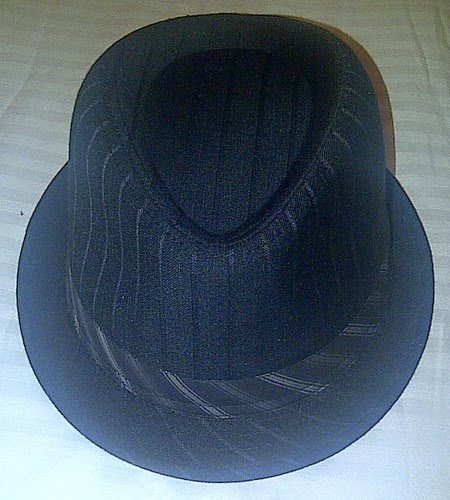 The famous hat, sans yours truly.

It is always great to catch up with my fellow denizens of Noir City. We visited the mezzanine of the Castro Theatre to buy books and sample whatever free booze was charitably flowing that evening. Light-headed from drink and conversation, we'd sit down for 35mm visits from our old friends on the screen. On Wednesday, we were entertained by repeat offenders Barbara Stanwyck and Robert Ryan. You can't have a festival on noir without these two, and they were together on screen for Fritz Lang's Clash By Night.

In his introduction, Czar of Noir Eddie Muller noted that this was more of a kitchen-sink drama than an actual noir. It gets lumped into the genre by virtue of its director's other surrounding works. Fritz Lang was one of the engineers of the noir aesthetic. Regardless of whether it belongs in film noir, Clash By Night is shot with noir in mind: The fantastic cinematography by Nicholas Musuraca is gloomily atmospheric. Scenes in the darkness, with fog drifting off the waters of the fishing town where the film is set, have more than a hint of the best visuals noir has to offer. If nothing else, Lang's style is injected into every gorgeous frame.

Loosely based on the play of the same name by Clifford Odets, Clash By Night has been refashioned by Paisan screenwriter Alfred Hayes into a Jerry Wald production full of heated melodramatic moments between its three principles. Stany is Mae Doyle, a woman returning to the fishing village she escaped from ages ago. Staying with her brother, Joe (Keith Andes) and his girlfriend Peggy (an excellent Marilyn Monroe), Mae is resigned to being stuck in her old hometown for good.

"Home is where you come when you run out of places," she says.

Fisherman Jerry D'Amato (Paul Douglas, from the stage version of Born Yesterday) remembers Mae from the old days when he used to crush on her. The feelings are still there, reignited amidst his feelings of exasperation over his freeloading uncle and his dotty father. The uncle is one of the more hissable villains in Clash By Night, all of whom take advantage of gentle giant Jerry. He's an instigator of the worst type.

Mae warns Jerry of her toxic nature, but he marries her anyway. Meanwhile, Jerry's buddy, projectionist Earl Pfeiffer (Robert Ryan) proves more Mae's speed. He's just as toxic as she is, and Mae falls for the bad boy sexiness that will doom more than one woman during Noir City XIII. Ryan is a real rotter here, even moreso than usual, and watching him and Mae do Jerry wrongly is a bit of an endurance test despite how great all three performances are.

Jerry is such a doormat that you root for him to violate his gentle nature and pummel his no-good uncle and his worse than no-good buddy, Earl. The melodrama gets cranked up to 11 in some scenes, and I almost feel guilty for finding some of Clash by Night tedious. These are minor issues by comparison if one considers that Stanwyck, Douglas, Ryan and Monroe do some of their best work here. The ending also raises an interesting question about Mae's motivations behind the man she eventually chooses. Does she now want this man because his meekness gave way to outbursts of violence? There's a hint of latter-day Sam Peckinpah machismo lurking in the background of Clash By Night.

Stany's double feature concluded with Crime of Passion, where her newspaper journalist Kathy Ferguson has more than a hint of Mae Doyle in her. This is an odd movie: it looks like a TV-movie and plays like a dated cautionary tale about how a career woman's drive can only lead to madness. Leaving her job when she falls head-over-heels in love with cop Sterling Hayden, Kathy finds herself bored to tears by domestic life. So, in addition to swapping precious bodily fluids with her hubby, she channels her former ambition and drive into making sure he rises to the top of the police force by any means necessary.

Kathy's manipulations include seducing Raymond Burr's police commissioner and throwing shade and chicanery at her hubby's main competitor, Royal Dano. King Kong's main squeeze, Fay Wray shows up as Burr's cuckolded wife and the one woman Kathy cozies up to almost to the point of stalking. Of course, this being noir, it doesn't end well. Had Kathy paid more attention to her husband's skills, she might have noticed he was a damn good cop. A damn good, honest cop. At the end, one almost hopes Stany will utter the catchphrase of the old silent movie villains: "Curses! Foiled Again!"

Stany will be back next time, but Robert Ryan's still with us for one final go-round here in Noir City. Before Lola Montes and The Earrings of Madame de, director Max Ophüls put Ryan and Barbara Bel Geddes through this Howard Hughes-inspired wringer. Ryan plays Smith Ohlrig, a thinly-veiled Hughes clone and billionaire industrialist. Rather than have a fit and try to stop production, Hughes instead had a spy on set bring him dailies. He was so enamored of his favorite actor playing him that he left the movie alone.

While Ryan gets his Hughes on, Bel Geddes plays innocent Leonora Earnes, soon to be the richest newlywed we'll encounter here in Noir City. After she becomes Mrs. Ohlrig, Leonora discovers that the only thing her husband loves is his money. On top of that, he's power-mad, occasionally certifiable and prone to angina attacks that may or may not be psychosomatic.

Leonora separates from Ohlrig by escaping Lawn Gyland and getting a job as a receptionist for Dr. Larry (James Mason, in his American movie debut). After she falls for the charming good doctor, her husband attempts a reconciliation for the wrong reasons. Leonora's second attempt at escape is thwarted by the fact she's pregnant (don't worry, it's her husband's). Ohlrig refuses a divorce and imprisons her, telling her she'll never escape so long as his heir is alive. Murder and pinball machine-related mayhem ensue.


Caught was written by screenwriter Arthur Laurents, the man behind the Broadway books for West Side Story, Gypsy and La Cage Aux Folles, not to mention the screenplays for Rope, The Turning Point and The Way We Were. He has a rather sick sense of humor: He solves Leonora's problems with the most nonchalantly cold execution of an innocent I've seen in a long time. One would expect Leonora to escape Ohlrig's clutches by using the old Studio System Cinematic Stand-in for abortion, throwing herself down a flight of stairs. Instead, Leonora goes into labor with the baby. The tone for Laurents' ending could best be described as "Hooray, the kid didn't make it!"

As usual, even the most innocent creatures suffer here in Noir City.

Next time: A pair of noirs from not so Jolly Ol' England
Posted by odienator at 7:49 PM