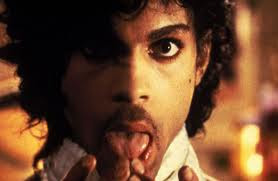 His Purple Badness turns 54 today, and before you think “Damn, Prince is OLD!!!” keep in mind that, if you’ve followed his career from the beginning, your ass is old too. I’ve been listening to Prince since I was in the 6th grade, when he came out with I Wanna Be Your Lover. Girls in my class were singing it all day, and with its high falsetto, I actually thought a woman sang it. Imagine my surprise when I first got a glimpse of Prince on TV! I said “whoa, this chick has a mustache!”

I was no fan of Prince’s music back then, but every girl I knew was crazy for him. I just couldn’t understand it. He looked terrifying to me, running out on stage in a trench coat and what looked like panties, wearing heels so high they’d give even the toughest hooker a nosebleed. But there were girls in both my grammar and high school who were OBSESSED with him. The Black girls dug Prince, the Latinas were loco for Menudo, and the White girls liked anything that had a lot of hair and a guitar. I couldn’t figure this shit out to save my life.

But that was stupid, naïve, inexperienced Odie.


When I figured out Prince could get me laid, I changed my entire outlook on the man and his music. I suddenly saw him for the brilliant musical talent he is. Playing practically every instrument, Prince showed up on records and sweat hot liquid sex and passion. He did something to women that got them out of their panties faster than if a mouse had crawled into them. His music also brought out the freak in these women, and in me too. He was the musical version of the Kama Sutra. 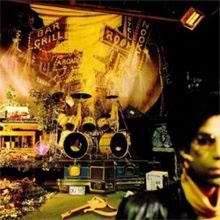 The best X-rated night of my adolescent life came after a Prince concert, my first of the three Prince  concerts I'd attend. It was the Sign O’ The Times tour, and my soon-to-be-wife and I sat in the third row. Prince was so close to us he could have leaped into the audience and landed on my girl. She would not have minded, either. But she didn’t get Prince at the end of the evening. What she DID do was imagine Prince’s head on my body. We’re about the same height (OK, I’m taller but not by much). “Dig if you will the picture,” sang Prince, and she did. Mentally casting me as Prince, homegirl went berserk! She put some Prince on the stereo, slammed me against  the wall and went off. She was crawling on the floor like a cat, doing backflips and tossing me around as if I weighed 10 pounds. Sparks were flying out of places I dare not mention.

OK, OK, I’m exaggerating. No sparks shot out of anywhere. But I had to crawl home because I was beyond exhausted. As Ice T famously sang, this girl tried to kill me.

I’ve been a diehard Prince fan ever since. Drippy ass candles and all!

So, in honor of both my conversion and Prince’s birthday, here are 10 Great Prince Bonin’ Jams, songs to put on to make the panties evaporate. There are obviously more than 10, so I’m sure I’ve missed your favorites. These aren’t necessarily “the best”; these are the ones out of which I got the most mileage. Your mileage may vary, as they say.

10. I Can’t Make You Love Me- I would have thought Bonnie Raitt had wrung out every last ounce of mournful vulnerability in this song, but Prince finds a few more layers below to explore. While not my favorite Prince cover (that belongs to his take on the Delfonics’ “La La Means I Love You”), it’s sad enough to make you cling even harder to your object d’amour, especially if you’re living the song’s lyrics.

9.  Eye Hate U- A track off Prince’s underrated “The Gold Experience” explores the other side of the equation; In #10, the singer loves but his lover does not. In this song, the lover still does not love Prince, but now he can’t stand her either. Yet in both cases, he’s drawn to the danger and can’t stop thinking about Miss Thing. “I hate you like a day without sunshine,” he sings in falsetto, and you feel the anger right in your whooziwatzit. A good angry sex song if there ever was one.

8. Under the Cherry Moon- I have to throw this on here because it was one of the Great Love of My Life’s favorite songs. It was on her personal bonin’ jams cassette tape (Jesus Christ, I am old!!) and I got to hear it a lot. There’s nothing wrong with this slow jam, except that it conjures up memories of the hideous spectacle of a film that bears its name. I won’t hold that against it. It’s slow, dreamy, and wildly effective. “Lovers like us dear were born to die,” Prince sings, and I immediately think of the Elizabethan definition of “to die.”

7. The Beautiful Ones- The third song on Purple Rain is yet another ode to loving the wrong person, in this case, one of the titular objects. “The Beautiful Ones, they hurt you every time,” sings His Purple Badness, a few lyrics before delivering the most anguished line in the entire Prince canon: “You make me so (pause…) con-fuuuuu-uuuu-oooo-ooosed!”  What sweet agony I feel every time I hear this song. Famous for the 3 minutes of screamed lyrics that end the song, an orgasmic howl of fury to match your own while you’re in the moment this song has helped you achieve. 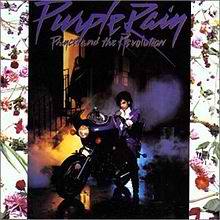 6. International Lover- Sex can be silly as hell. So can Prince. Using an airline as his metaphor, Prince tosses out all manner of innuendo, creating his own mile high club. In the hilariously sexy spoken rap part of the song, he coos “If for any reason there’s a loss in cabin pressure, I will drop down  to apply more.” Can you imagine being on a plane and Prince drops out of the damn ceiling? “In the event there is over-excitement,” he continues, “your seat cushion may be used as a flotation device.” Now, that’s just nasty. Think about it for a minute. See?

4. Adore- The lovemaking doozy on Sign O’ The Times’ second disc is a slick ode to the everlasting adoration Prince feels for this song’s subject. She can burn up his clothes and smash up his ride (“well, maybe not the ride,” he says) but that won’t stop him from adoring her until the end of time. Like “Slow Love,” the horns in this song practically spell out screwing. So hypnotic is this record that radio DJ’s always forgot to bleep out its radio-unfriendly profanity. I had a friend who used this as her wedding song. I couldn’t fault her, but I had to ask “are you really gonna play this shit IN CHURCH?!!”

3. Insatiable- Some chick named Martha (or “Marfa” as Prince calls her) has our royal hero’s nose open in this one. “My body, baby, you  truly do.” he tells her. “Insatiable’s my name when it comes to you.” Marfa must have the ill nana! This one gets a li’l freaky on us, because it’s about making a sex tape. “Press the red button and I belong to you,” says Prince. Shouldn’t the woman be saying that to him, though?

2. Shhh!- When I first thought up this list, I left this song off. That was a glaring oversight corrected by Sam C. Mac on Twitter. I know why I forgot it—whenever I think of it, I think of the creepy Tevin Campbell version. That does not work at all, unless you’re a pedophile. Prince’s version, on The Gold Experience is another story altogether. This may be Prince’s most erotic record. It demands that you stop whatever it is you are doing and start gettin’ bizzy. But do it quietly, because “this love is a private affair.” The opening minute of this song is enough to raise beads of sweat from even the most pious forehead. This should be number one, but I got the most mileage out of the song that follows this.

1. Scandalous- The best thing to come from Tim Burton’s Batman is the music Prince wrote for it. He called it “Scandalous” for a reason, and the synth-y organ music that forms the base of the song is more sinful than anything an organ’s been used for in church. This song is why you have to go to church on Sunday. “Come (pause…) closer,” Prince beckons. “Feel what you’ve been dying for.” You know you want it, and when Prince sings an ever deeper volley of the word “baby” three-quarters of the way through the song, you’ll be just as deep as his last “baby.” Worth every last panted breath and sigh of reckless abandon.

So, honor the man! Grab these songs and get your swerve on! Tell yo’ lover the Odienator sent you. Prince can’t be as nasty as he used to be anymore, but I can. Get out of here and celebrate Prince’s birthday the right way! 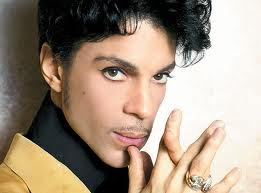 Posted by odienator at 5:47 PM 0 comments