Get To Know Your Odienator

Hell has frozen over! And not just from this blog’s punny title.

After years of resistance, I have finally decided to toss my hat into the ring of blog ownership. This may come as a surprise, as I’ve been very vocal about my avoidance. For a computer programmer, I am shockingly analog about many things. In the time I’ve had a twitter feed, I have not sent one single tweet nor have I followed anyone who has. (Maybe that'll change.) Grad school was the only reason I got a Facebook page, and while it’s been helpful in reconnecting with high school classmates, I rarely use it as a social device. I have been on Facebook since 2005, and I have 51 friends. People have attempted to friend me, but in the past two years I’ve said no more times than the Republican Party. Pictures of me—at least ones that I have put out—are few and far between on the Internet. Outside of E-mail, which I love, I don’t have much use for computer mediated communication. If you sat on a machine writing programming code all day, and your vision sucked as mine does, you probably wouldn’t either. 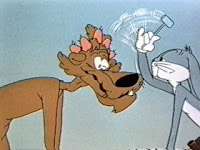 Until now, I have been content to appear at other venues in the blogosphere, gracious places like Slant Magazine’s House Next Door and my second home, Big Media Vandalism. This new venture saves my Big Media Vandalism partner in crime, Steven Boone, from waking up in an alley with a big ass Pete Puma knot on his head, the victim of blog-jacking. Said nefarious plot was jettisoned early in its planning stages because I’d rather guilt Boone into doing more on his blog than robbing it from him altogether. Still, despite the Odienator blog, the fourth year of the Black History Mumf series will begin January 31, 2011 at Big Media Vandalism. I may consider doing BHM Behind the Scenes posts here, as an extra feature.

In fact, I shall continue appearing at any blog I currently do, for as long as they will have me. So the big question, as Pia Zadora famously scripted in The Lonely Lady, is “Why?! Why?!!!” Why am I doing this when I am happy to continue being a blog whore offering his services to whomever will be my john? The short answer is that every year since 2004, I have committed to doing something that takes me out of my comfort zone. This year, it’s running a blog. Granted, I code my own pieces at BMV, but outside of February, I don’t have to be consistent.  Here, I shall try to post often, which means more time on the computer AND that I eventually have to do something to make this site look presentable. I’m a back-end programmer who hates web design, so that, along with the extra computer time, makes me uncomfortable. But it was either this or go back to stripping. Considering the physical shape I am currently in, this blog was the right call. Next year, however, don’t be surprised if I show up at your bachelorette party. Make it rain $10’s and $20’s only, please. 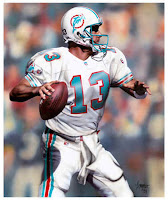 I shall not be presumptuous and assume you know who I am and what to expect from me. This blog will primarily feature articles on film and the occasional rant about current events. Since I am on the road 70% of the year, and I travel all over the world, I’ll also chime in with travelogues and adventures in whatever city I am programming. This last one may sound boring—there are no dirty jokes about traveling programmers for a reason—but trust me, I can never have a normal experience.  For example, I was once bitten in an Irish pub by a drunk guy dressed in a Dan Marino football outfit. Another time, I got cussed out by an angry hooker who looked like Fran Drescher in Amsterdam. See? If it’s messed up and absurd, I guarantee you it will find me.

Those familiar with my writing will know what they are in for here; for the uninitiated, consider this fair warning: I am not politically correct. I use profanity AND Ebonics, both on purpose. I talk about sex, religion, race and politics, none of which are polite topics. No one and nothing is safe nor sacred here, least of all me. If I can talk shit about myself, and I do quite often, nothing else is exempt.  Most importantly, while I love debate, if all you have to bring to the table is your being offended, don’t come into my dining room.

Outside of that issue of programmers hating people, the biggest reason I never wanted a blog is because I’ve read the comments sections on other blogs. People are really fucking stewpit when they hide behind anonymous postings. (By the way, the IT technologist in me tells you you’re not as anonymous as you think, but I digress.) I’ve turned on comment moderation, and I won’t put up with abusiveness toward others nor any bullshit that looks like “U R STOOPID. GO BACK 2 THE GHETTO.” If you want to be treated like an adult, act like one.

Regarding the reviews and film pieces that will appear, I try to judge every movie on its own merits, even if it’s in a genre for which I have little tolerance. Cinema snobbery is not my strong suit, so I am not against chick flicks, cartoons, or comedies. I’m not going to piss on mainstream movies, nor am I going to blow indie directors just to make you feel I have credentials. Your opinion may be valuable to you, but no matter what you think of me, my ass will still be Black tomorrow. In other words, the world will continue to spin.

While I will watch just about anything, I am a huge fan of classic movies, film noir, Billy Wilder, Barbara Stanwyck, and of course, trash. I love trash like Oscar the Grouch does. I used to run the Shameful Movies of Odie’s Past film festival, for Pete’s sake.

Politically, I am a liberal, but I’m also not blind (I’m only half-blind), so I’m willing to give credit where it is due no matter who does it. I am sure this will get me in trouble on both sides of the aisle, though on one side more than the other because I love messing with people whose beliefs are occasionally as absurd as my travel adventures tend to be.

Religiously, despite being the son of a Baptist minister, I am a very lapsed Baptist who doesn’t give a damn about saving your soul (or even mine, for that matter. Hell is going to be DA BOMB!).

I’ve no use for organized religion, but I do believe there’s some form of higher power, and that higher power likes fucking with me. I don’t believe that higher power hates gay people, so if that’s your schtick, keep on walking. If you plan to convince me that you can save my soul by forcing me to believe what you do, gets ta steppin’. If you’re going to tell me I’m burning in Hell, you won’t get any arguments here, but you still gotta go.

Gee, Odie, there’s nobody left to read this blog.

In all seriousness, welcome to the party, and I hope to see you around and interact intelligently with you.
Posted by odienator at 11:41 PM

Email ThisBlogThis!Share to TwitterShare to FacebookShare to Pinterest
Labels: All About Odienator

Yay, Odie! I love Black History Mumf and have always thought it was a crying shame we couldn't infiltrate your mind further at your own place. Well here you are. And here we are.

Awesome, VenetianBlond! Thanks for coming by, and for being a loyal reader for so long over at Big Media Vandalism. To quote Bugs Bunny: "Ahhh! Me public!" I shall not disappoint you all!